Home Minister Anil Deshmukh has announced that 11,000 prisoners from across 45 prisons in Maharashtra will be released on emergency parole for 45 days. The communication was made through statement from the minister’s office.

“There are 45 prisons in Maharashtra, in which about 60,000 prisoners are imprisoned. This is a red flag and a potential flagpoint for rapid spread of COVID-19, as prisoners are living in congested space. Hence it is decided to release:

→ Prisoners convicted up to 7 years imprisonment

Approximately up to 11,000 prisoners will be released on emergency parole, initially for 45 days.

Before their release, they will be subjected to thorough required medical check – up and will be issued the necessary passes, which will facilitate them to go to their native places.” 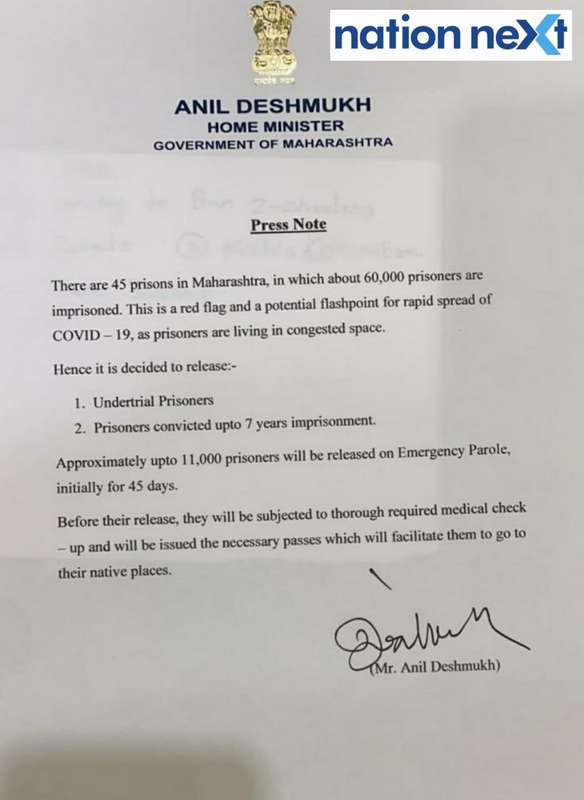 Also read: Biologist works till an hour before her delivery for India’s 1st COVID-19 test kit